One of the most popular acts of the 1950s was the husband and wife team of bandleader Louis Prima and singer Keely Smith. Their show included music mixed with comedy and was especially suited for Vegas clubs, but the twosome often appeared on TV and sold a lot of records too — including their biggest hit, the unforgettable 1958 Grammy-winner, “That Old Black Magic” . 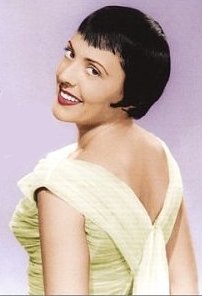 But even though it might have occasionally gotten lost amidst all the comedy, Keely Smith was a pretty good singer, with a sweet, clear voice that was perfect for ballads. And she would prove it again and again, long after the Louis Prima days. In fact, she continues to entertain her fans even now, after many decades in the business.

She started early. A native of Norfolk, Virginia, Dorothy Jacqueline Keely was just 15 when she first saw Prima and his band performing, but a year or so later she found herself auditioning for him. Her job as a band vocalist led to duets with Prima, and the twosome soon developed their music and comedy routine, eventually adding a romantic relationship that led to marriage in 1953.

After a decade of stardom, the couple’s personal and professional relationships both ended, and Keely entered a period during which she split her time between raising her two children and establishing a solo singing career. She was successful in both areas, and in the decades that followed she has continued to be a respected performer, not only as a soloist but also in collaborations like the one she enjoyed for many years with her friend, Frank Sinatra.

At last report, Keely Smith is still happily performing for her fans.

Keely Smith – “The Man I Love”