Most of us probably don’t remember a songbird named Dolly Dawn, even though she was very well known during the 1930s and 1940s and was a fan favorite. However, you might remember her biggest hit — “You’re a Sweetheart” — which was one of the most popular songs in the U.S. for a while, not only because of her record but because of a movie of the same name that starred Alice Faye. 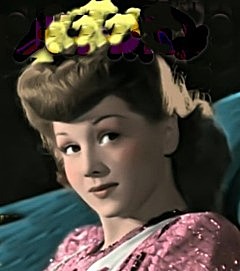 It probably wouldn’t surprise you to hear that Dolly Dawn wasn’t her real name, and it wasn’t even her first stage name. Jersey girl Theresa Anna Maria Stabile was the daughter of Italian immigrants, and was still a teenager when she began her career in the mid-1930s by singing on local radio under the name Billie Starr. Before long she changed it to Dolly Dawn, and not too much later was able to latch onto a job singing with George Hall’s Orchestra, which was based at New York’s Hotel Taft.

Hall’s orchestra was decidedly a second-tier group that had enjoyed only limited success, but things began to change when the lively and talented young singer came along. Hall became her biggest fan and he made her the star on the band’s CBS radio appearances, leading to higher record sales. Although “You’re a Sweetheart” was the biggest hit, several other records did very well, including “Every Minute of the Hour,” “When the Poppies Bloom Again,” and “Says My Heart.”

Things went very well for the next few years but by 1941 George Hall was ready to retire, and he turned everything over to his young singer, who was the most important member of group anyway. She continued to perform as Dolly Dawn and the Dawn Patrol, but over the course of the war many of her musicians got drafted, and in subsequent years her career wound down. She made somewhat of a comeback in the late 1970s after a newly-released collection of her early music created interest, and she continued to work from time to time in her later years. When she died in 2002 she was in her eighties. (Sources vary about her date of birth.)