I can sometimes be a little oblique in my thinking, but whenever I come across a well-known artist with a ‘Jr’ added to his name, I always wonder about his father. Was he a musician and did he help his son get started? And was he so renowned himself that his son found it difficult to forge his own identity? 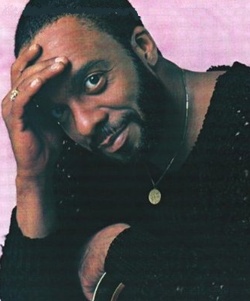 Which brings us to jazz saxophonist Grover Washington Jr., whose father was not a well-known musician even though he did play saxophone himself. But he must have provided inspiration, because his son became one of the most popular and influential performers around, a Grammy-winner who was fully fluent in both R&B and conventional jazz.

His father certainly played a big part in the early days, since he filled the family’s house in Buffalo with music from his sax and from his big collection of jazz records. He also gave his son a sax of his own at age eight, and within a few years the young musician was playing with the pros in local clubs, gaining experience and becoming a part of the 1950s jazz scene.

By the time Washington was of draft age he’d already accumulated years of big-time jazz chops, and when he left the Army in the mid-1960s he hit the ground running. He relocated to Philadelphia, which mostly became his base for the rest of his career, and in subsequent years charted hits on songs like “Inner City Blues” and “Mister Magic.” He also received a lot of recognition for his Grammy-winning 1981 album, Winelight, which included several great songs, among them the title track and Bill Withers’ “Just The Two Of Us.”

Washington would continue to find success throughout that decade and the next, with countless appearances as a leader and soloist, and also as an accompanist for some of the biggest stars around. Unfortunately, while taping an appearance for CBS in 1999 he died from a heart attack. He was just 56.