Something a little different today. (Although if you haven’t been here lately you might have already noticed that the GMC itself is kind of different these days.) Regular visitors might remember that I’ve mentioned several times in the past that I spent a few years in the 60’s working as a radio DJ. (Here’s the post that best describes it.) So with that in mind, I thought I’d pass along some radio-related news: this old dog has found a new bone. 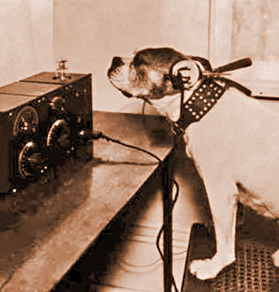 As I said in the post I’ve linked above, radio today is a lot different than it was was in my day. Much of it is computerized and in some cases so automated that it’s impersonal, but there are a lot of stations that now offer their content in a streaming format through the internet, so that’s a good thing. However, only a few stations have managed to find a balance between the new technology and the kind of personal touch that we all used to take for granted when we’d listen to the radio.

One of them is KVRE in Hot Springs Village, Arkansas. A recent email from one of the program hosts — John Chapman — clued me in to a radio station that still does a lot of things the traditional way, but is also equipped to stream their signal through the internet. That means you and I can listen to them on our computer, tablet, or phone, even if Arkansas happens to be a long distance away from us. The best part is that they have a lot of real people doing regular shows, interspersed with periods of our kind of music — songs from the 50’s, 60’s, and 70’s. And that’s not all. On Saturday afternoons at 4PM (CST) my new buddy John hosts a show filled with music from the 40’s. 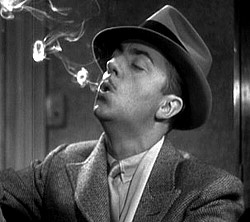 Just a final thought. One of the records John played on his last show is a long-time favorite of mine, as is the bandleader who often used it as a theme song. In fact, I wrote a post about Glen Gray way back in 2006, and “Smoke Rings” was one of his best. (You can hear it on that post, along with another good song, or you can just look below.)

(And John, “Smoke Rings” actually dates from 1937 but was popular for many years so it still works for your 40’s radio show.) 😉