It’s always a bit of a challenge to put together a new edition of the GMC Special Feature known as Five-Star Favs because it’s meant to spotlight a particular song by a specific artist, one that is – you know – a favorite of mine. The difficulty is that it goes against my normal posting practice, which is to show a video of one song and a link to a different one, or at least showcase the same song by two different artists. But one way around that is to follow the same method I’ve used before, by furnishing a link to the song itself while also showing a classic movie scene built around it. So you might say it’s the same song from two different perspectives. 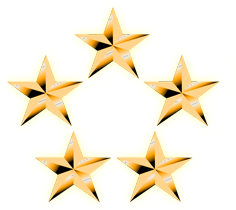 If ever a performer was identified with a particular song, it’s Harry Belafonte and “Banana Boat Song (Day-o).” But even though that’s my choice today, it might surprise you to hear that his record was not the most popular version when it was issued in 1956. A slightly different rendition of the Jamaican mento folk song by a group known as the Tarriers actually charted higher. (Sounds like a good subject for another day.)

But there’s little doubt that Belefonte’s version had staying power, and had a lot to do with the subsequent popularity of Calypso music. It also generated a lot of different covers through the years, including several satirical versions, and sometimes it even appeared in movies. One of the best examples occurred in the 1988 film Beetlejuice, in which a group of smug dilettantes sat down for dinner in a so-called haunted house, and soon found that the spooks were in charge.

6 thoughts on “Five-Star Fav: Fresh Off The Boat”