Okay, I’m not going to get all silly and turn this into a new special feature, but I do want to report that I’ve had another one of those funny musical coincidences. You might recall that I wrote about this kind of thing in a previous post titled Mysterious Musical Occurrences. If you’re new to the GMC or if you don’t remember it, then you might want to take a minute to click on the link. It’s pretty spooky how a trio of strange coincidences – all music related – happened to me in a relatively short time. But today I had another one, and I’m wondering if it’s the first of another group of three. 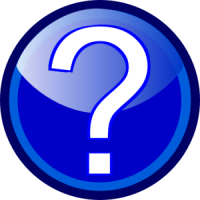 So it all started when I was watching the TV series Mad Men via streaming Netflix. Even if you don’t watch the show you probably know it takes place in the 1960s, but what you might not know is that the soundtrack includes a ton of good music. Every show ends with a song that connects to the content of the episode and it continues playing over the ending credits. Today’s was Bing Crosby’s “Just a Gigolo” (see video below).

But the funny thing is that after it finished, I switched back from streaming to conventional TV, which happened to be set on one of the many music channels our cable provider offers. Guess what song was playing? An instrumental version of “Just a Gigolo” by Harry James and his orchestra. So I was presented with two different versions of the same obscure old song, one right after the other. Of course, coincidences do happen — but you can bet I’m going to keep my eyes open.