I guess the headline is a little misleading because the Fantastic Foursome hasn’t really been gone, but it has been AWOL for almost two months so we’re certainly due for another installment. (A little info for new visitors; the Fantastic Foursome is a GMC special feature that offers a chance to hear – and vote on – four different versions of a classic song.) 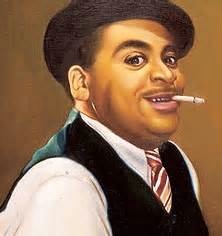 A tune that first showed up way back in 1929, “Ain’t Misbehavin'” was written by Harry Brooks, Andy Razaf, and Fats Waller, who was also the first to hit the recording studio with it. (Many years later, his original record would receive a Hall Of Fame Grammy.) Later that same year it showed up on records generated by Louis Armstrong, Ruth Etting and several others, and it was well on its way to becoming a jazz standard.

A dozen years later Waller performed it in the movie Stormy Weather  (you can see him mugging for the camera in the video below) and eventually the song was recorded by just about everybody around. Some of the best versions were from those performers you’d expect, such as Billie Holiday, Art Tatum, and Nat King Cole, but also some you wouldn’t, like Johnny Ray, Bill Haley and the Comets, and Willie Nelson. The song also formed the basis (and the title) for a Broadway musical in the late 1970s, and it even served up a Grammy-nominated, chart-topping country hit for Hank Williams Jr. in 1986.

You can hear four good versions below, and under the video you can vote for your favorite. Below that is a BONUS video. 🙂

One thought on “Fantastic Foursome Is Back!”