Even if you’re not familiar with jazz vocalist and writer Susannah McCorkle, the title of this piece has probably already made you suspect a tragic end to her life, and you would be right. The very talented singer suffered from depression for years and finally took her own life in 2001, but she left behind a lot of fans who still appreciate her musical legacy. 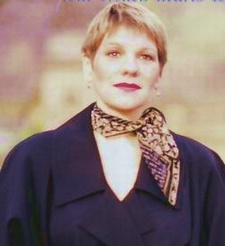 McCorkle first began appearing professionally in the late 1960s. By then she’d already spent some time studying languages at her hometown school, the University of California at Berkeley. Although Berkeley was the center of a lot of social turmoil and rapidly changing musical tastes at the time, she ended up being drawn to jazz while listening to classic Billie Holiday records during her pursuit of work as an interpreter in Europe.

Over the next few years McCorkle began to build a singing career, eventually finding some success in London clubs in addition to generating a couple of albums. During the 1970s she relocated to New York while continuing to work in London from time to time, but eventually she pretty much settled in as part of the Manhattan music scene. In the 1980s she began to diversify by adding blues and Brazilian songs, and her career flourished as she issued some great albums and appeared at Lincoln Center and Carnegie Hall.

She also started using some of her other skills. Her linguistic abilities allowed her to do a lot of lyrics translations and she also began writing professionally, publishing several short stories and some good non-fiction articles. She even made a start on a novel, but not everything was working out for her. She’d fought depression for many years in addition to dealing with breast cancer, and in 2001 she gave in to her demons, throwing herself off the balcony of her 16h floor Manhattan apartment. She was just 55 at the time.