It’s been twenty years since director Spike Lee’s Malcolm X appeared in theaters and went on to win a number of awards for both Lee and the star of the film, Denzel Washington. One scene that I still remember well was when Malcolm (Washington) decided to undergo a lye hair-straightening treatment at the hands of his friend Shorty (Lee), only to find that there was no water available to rinse off the burning, corrosive paste. 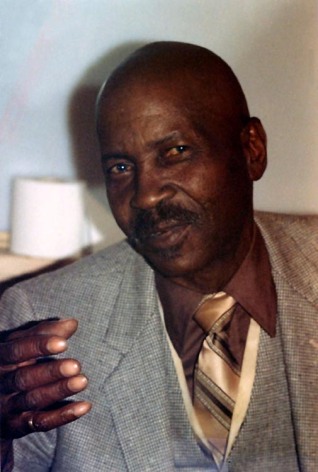 That scene came to mind when I began writing about jazz musician Eddie ‘Cleanhead’ Vinson, whose nickname was said to have been bestowed because of his own misadventure with a lye treatment. In any case, the talented saxophonist and blues vocalist had a long and rich career, working with everybody from John Coltrane to Etta James, and even though he died more than two decades ago he’s still remembered by many fans.

Beginning in the pre-war years, the Houston-born Vinson worked alongside stars like Illinois Jacquet and blues legend ‘Big’ Bill Broonzy, and within a few years was leading his own big band. It was a popular bandstand draw and also gave him the opportunity to cut a number of good-selling records, among them “Cherry Red,” “Old Maid Boogie,” and the song that would become his signature, “Kidney Stew Blues.”

In most of his performances, Vinson both sang and played sax (you can see him doing both in the video below, from his early days with Cootie Williams’ band) and he continued to find success with that formula in the post-war years. By the 1950s he was often exploring jazz with contemporaries like Miles Davis, John Coltrane, and Cannonball Adderley, but as the years passed he still often touched base with his R&B side, and his duets with Etta James are considered classics. When he died at age 70 in 1988, he was still pursuing his craft.