In spite of his name and his Iowa origins, there’s no evidence that jazz great Art Farmer ever plowed the back forty. In fact, his implement of choice for a significant part of his career was not a plow but a flugelhorn; and to be even more precise, a “flumpet” — a cross between a trumpet and a flugelhorn, developed for him by instrument maker Monette.

Flugelhorns have always been a sort of quirky hybrid with a lot of variations. Resembling a trumpet on steroids, they have evolved from a variety of brass instruments, including keyed bugles, bass trumpets, saxhorns, and maybe a touch of whimsy too. One thing is sure, though — Art Farmer loved to show off his flumpet. 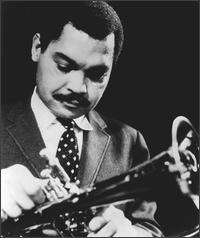 Art (Arthur) Farmer and his identical twin Addison were both musically inclined while growing up, and they received a rich and varied musical education that included stints at Juilliard. Both learned several instruments, but Addison eventually settled on bass while Art gravitated to the trumpet (and later to the flugelhorn and beyond).

The brothers both became a solid part of the post-war jazz scene and continued to prosper in the subsequent bebop and modern jazz eras, occasionally performing in the same outfits. Their best-known collaboration was probably in Benny Golson’s group, but each also spent a lot of time with many of the greats, including Benny Carter, Stan Getz, and Quincy Jones.

Unfortunately, Addison died in 1963 while still in his early thirties, but Art continued to build his career, both as a member of various ensembles and as a leader. He spent many years in Europe, especially Vienna, but in the 1980s began to stick closer to his homeland, where he was gaining in recognition. By the time of his death in 1999 he had established himself as one of the greats. (Video below.)

Art Farmer – “In A Sentimental Mood”