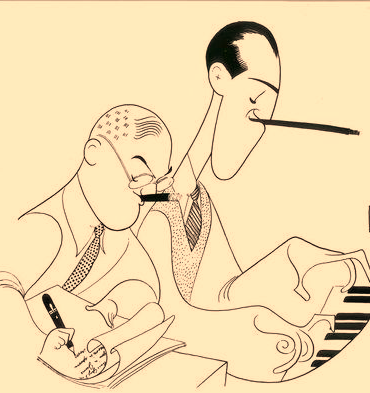 This edition of Anatomy of a Song features a selection that revisits the iconic songwriting team of the Gershwins. It was the last song written by George Gershwin before his death in 1937, and brother Ira then added the lyrics as a tribute to his sibling. Although the song didn’t get a lot of attention at the time, eventually it became a standard.

Originally titled “It’s Here To Stay” and then “Our Love Is Here To Stay”, the “Our” was dropped when the song was published, even though Ira always preferred it. (As it happens, most of us still think of it with the “Our”.) It first appeared in 1938’s Technicolor musical film, The Goldwyn Follies, performed by Kenny Baker. But the song didn’t really make its mark until over a decade later, when Gene Kelly crooned it to Leslie Caron in the immortal An American In Paris.

In the years since, the song has been recorded by a number of singers and has appeared on the soundtrack of several movies. One of the most memorable was 1989’s When Harry Met Sally, which featured a version by Louis Armstrong and Ella Fitzgerald.

Unfortunately George Gershwin was unable to see the ultimate success of the song. His last memory was being required to audition his melody for the producers of The Goldwyn Follies – an insult to a composer of his standing – and being asked by Sam Goldwyn, “Why don’t you write hits like Irving Berlin?”