It might be hard to believe that a Cole Porter song sat virtually unused for its first decade of life, but that’s pretty much what happened to the tune we’re featuring today. In fact, that might be one of the reasons why Porter said it was his least favorite composition. But “Don’t Fence Me In” went on to become a very popular song, one that’s still familiar to most of us years later. 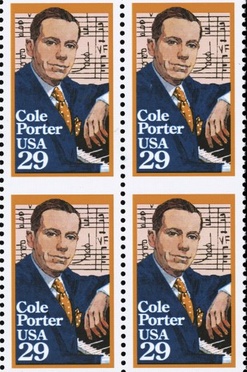 It all started in the early 1930s, when Porter was hired to provide some music for an upcoming Hollywood feature. Looking for inspiration, he found a poem that had been written by a Montana native, Robert Fletcher, and purchased the rights for $250.  He added music, reworked the lyrics a little, and published his song. (Fletcher was later given co-credit.) Unfortunately the movie didn’t get made.

Not much happened with the song for the next ten years, but then it seemed to be everywhere at once. Wartime movie audiences enjoyed cowboy star Roy Rogers singing the song in 1944’s Hollywood Canteen, and that same year Kate Smith performed it on the radio. A very popular record by Bing Crosby and the Andrews Sisters also made a big splash, and the song became so popular that Roy Rogers performed it again the following year as the title song of his movie, Don’t Fence Me In.

In the years since, it appeared on the soundtrack of several other movies and has been covered by everybody from Gene Autry to Ella Fitzgerald. Even Willie Nelson tried his hand at it. Turns out it was a pretty good song after all.

4 thoughts on “Anatomy Of A Song – A Cowboy’s Request”