For a girl group with a relatively short lifespan and a constantly changing lineup, the Marvelettes generated a surprising number of hits in the 1960s. Originally a quintet but at times a quartet or even a trio, the group had at least seven different members at one time or another, and is now mostly remembered for its biggest hit, “Please Mr. Postman,” which topped the charts in 1961. 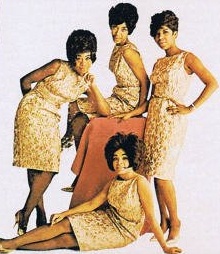 It all started a year or two earlier, when suburban Detroit high-schooler Gladys Horton — who was just 15 at the time — recruited several friends, including Katherine Anderson, Georgeanna Tillman, Juanita Cowart and Georgia Dobbins. By the time the group later hooked up with Motown Records, they were calling themselves the Marvelettes and Dobbins had given way to Wanda Rogers, who would eventually share lead singer duties with Horton. Dobbins had departed for family issues, but she had left a gift — “Please Mr. Postman” — a song she’d helped develop with a songwriter friend.

Although that song would be the Marvelettes’ only chart-topper, the ever-changing group would spend the rest of the decade generating hit after hit. It certainly helped that guys like Smokey Robinson and Marvin Gaye were often involved on the songwriting and production side, but the group had a good sound that translated to a ton of good-sellers, including Top Ten hits on “Beechwood 4-5789” and “Don’t Mess With Bill.”

Along the way there were a lot of ups and downs caused by record company intrigue and personal issues, including drug problems. The personnel changes continued too, and since the group was also competing with a lot of other successful girl combos it all made for a very bumpy ride. By the early 1970s the Marvelettes had dissolved, although various members (or some who claimed to be) made attempts to restart things in later years.

2 thoughts on “The Marvelettes Had A Troubled But Memorable Run”