Garnet Mimms was one of the best soul artists around in the 1960s, with a solid background in gospel-singing and tons of talent, and when he hit the top of the R&B charts with “Cry Baby,” it looked like he was on his way to a long career. But the 1963 mega-hit would end up being his biggest-selling single by far, even though he would go on to record a number of 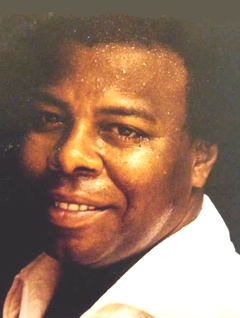 outstanding songs. Among them were many that seemed to be attempts to recapture the magic of his big hit. Those included “My Baby,” “There Goes My Baby,” “Baby Don’t You Weep,” and “Tell Me Baby.”

Born in West Virgina but raised in Philadelphia, the singer started life as Garrett Mimms, but by the mid-1950s he was calling himself Garnet and trying to re-establish his musical career. He’d already had some success as a part of gospel singing groups and had also fulfilled his military obligation, so he was ready to break out.

Over the next several years, Mimms formed and worked with various singing groups but found only limited success. By the early 1960s he had joined with Sam Bell, Charles Boyer, and Zola Pearnell to form Garnet Mimms and the Enchanters, and it proved to be the right combination. His big hit, “Cry Baby,” soon followed.

Over the next few years Mimms would sell a lot of records — not only with the ‘baby’ songs, but also well-regarded pieces like “Your Precious Love,” which had been a big hit for Jerry Butler in the previous decade. But things began to slow for the singer in the late 1960s, and even though made a brief reappearance on the charts in the late 1970s, he eventually retired from music.