You have to hand it to Tommy Cash. Johnny’s younger brother has managed to forge a pretty nice career for himself, even if much of it has been spent overshadowed by his superstar sibling (who died in 2003).

I’ve written before about musical brothers, mostly focusing on those in early jazz, but it’s obvious that many brothers – and sisters – have made their splash in every genre, including country music. The Cash brothers are a good example of a pair who each had some success, although in different degrees. 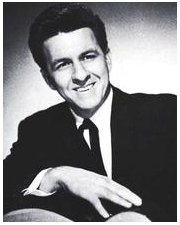 Tommy – who was born eight years after Johnny – shared the same Arkansas upbringing as his brother, and was also musically inclined as a boy. He had his own band in high school, and after joining the Army in the late 1950s he spent some time as a DJ for Armed Services Radio.

It was about this time that older brother Johnny was starting to hit it big, and by the time Tommy left the Army he saw a career path for himself. He began working on his own, and after appearing with Hank Williams, Jr., and others he was eventually able to secure a recording contract.

It probably didn’t hurt that he looked a little like Johnny and had a similar singing style, but he had plenty of talent of his own. By the late 1960s he was beginning to sell some records with songs like “Your Lovin’ Takes The Leavin’ Out Of Me,” and the biggest hit of his career soon followed. His recording of “Six White Horses” (video below) struck a chord with fans, not only for it’s message but because it was a good song, and it rocketed up into best-seller territory.

Over the next few years, Tommy was a regular fixture on the country music charts, with solid hits on “Rise and Shine,” and one of my favorites, “One Song Away.” He also enjoyed success with “So This Is Love,” and “I Recall A Gypsy Woman,” among others, but by the late 1970s the hits had slowed to a trickle.

Of course, Tommy himself didn’t slow down and in the years since he’s continued to perform in places like Branson and on tour. He also maintains a nice website that offers updates on current activities and a place to buy mementos of Tommy and Johnny — and even a book of Mama Cash’s recipes.