A recent news story about the death of Dennis Day, one of the original Mouseketeers from the Mickey Mouse Club TV show, triggered some memories for me. Like many of the kids of my generation, I was a firm and faithful fan of the show. 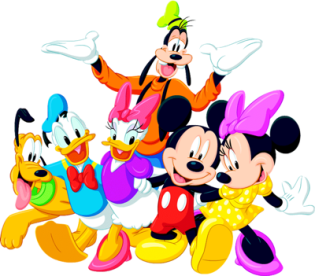 As near as I can remember, Mickey and his animated cohorts only appeared in the opening credits and the occasional old cartoon film they’d show. In fact that opening sequence was one of the highlights because the perpetually grouchy Donald Duck would try to jump in and take the spotlight away from Mickey. That was fine with me. I always liked him better anyway.

(Video below is in color although the TV show was initially broadcast in black and white. Disney always thought ahead and knew that regular color broadcasting was coming soon.)

Although Disney had sponsored neighborhood clubs as far back as the 1930s, the Mickey Mouse Club TV show was created in 1955, the same year Disney opened his revolutionary California amusement park, Disneyland. As it turned out, both would be around in one form or another for a long time, but the Club has been off and on through the years. The original – the one I remember- lasted only a few years, but it left an indelible impression on me. It also gave a start to an amazing number of young performers.

Jimmie Dodd was the Head Mouseketeer (sort of the designated grown-up) and he was also responsible for most of the music, including the theme song. An older guy named Roy assisted him. The show’s cast of kids was carefully organized in three tiers, designated as the red team, blue team and white team. The red team was what they all aspired to because they were the ones dancing and singing on TV. Those in the lower tiers could only work hard and hope their turn would come. A few blues later made it up to the red team but not many whites were successful. 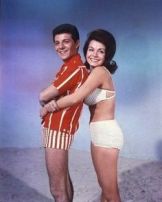 Some of the better known Mouseketeers include Annette Funicello (later the queen of beach movies with Frankie Avalon), Bobby Burgess, who had a nice career as a dancer that included a regular spot with Lawrence Welk, and Johnny Crawford. You might remember him for his co-starring role in the long-running TV Western, the Rifleman. Later additions included Don Grady, who would eventually fill a regular slot on TV’s My Three Sons, and future teen-throb Paul Petersen.

Of course I now realize that appearing on the Mickey Mouse Club was not all rainbows and unicorns for these kids. Show biz is a tough life to navigate while growing up, and I’m sure that some Mouseketeers wanted nothing to do with it in their later years. But at the time I thought they were having a ball.

2 thoughts on “Memories Of Mickey”