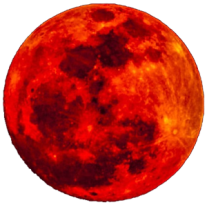 If you’re fascinated by prophecies, then you probably already know that a very significant event is approaching and it’s something that hasn’t happened for more than 150 years. The occurrence — which is called a Lunar Tetrad by scientists — is due to show up January 31st, when the second full moon of the month (a blue moon) coincides with a supermoon (the point when the moon is closest to us) and a full lunar eclipse. The result is a reddish color on a big, full moon. . .a super-blue-blood moon. Many people believe that’s a bad omen.

(Here’s a video that illustrates the event.)

People are nervously watching the event approach while wondering about a number of different prophecies, most of them involving the end of the world as we know it. Scientists say a Lunar Tetrad is a natural phenomenon that looks spooky but is perfectly harmless. Still, it’s not surprising that this triple-play of moon circumstances has turned up the volume on the kind of legends that have always even surrounded ordinary blood moons.

And I will show wonders in the heavens above and signs on the earth below, blood, and fire, and vapor of smoke;

the sun shall be turned to darkness and the moon to blood, before the day of the Lord comes, the great and magnificent day. 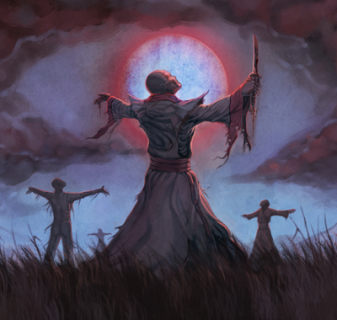 There are many other prophecies around and you can take your pick of them, but we should keep in mind that blood moons — even super ones — have occurred countless times in the past without everything ending in apocalypse. (Yet.) In fact, in some areas of India the appearance of a blood moon is even considered good luck, although just for those strong enough to handle it. Pregnant women, children, and sick and old people are advised to stay indoors and fast during the eclipse.

On the other hand, in many cultures a blood moon signifies just general bad luck or worse, with the very name seeming to reek of evil. Some Native American tribes thought it signified that the moon was sick or under attack and needed their help, which often took the form of chanting, dancing, and even animal sacrifice. Human sacrifice has also shown up in some primitive societies and possibly even with modern devil-worshipers (although that’s uncertain). Whatever the case, many people believe that during a blood moon various evil-doers such as vampires, werewolves, and even the devil himself have more power. It’s easy to see how all this could make you a little nervous. Sort of like walking under a ladder or breaking a mirror. You shrug it off but still. . .

Anyone who might be interested in tracking down more legends and prophecies can find all kinds of creepy things by doing an internet search (which is true about a lot of subjects) but as for me, I think I’m jittery enough for now so I’ll just stop right here.

2 thoughts on “Beware The Super-Blue-Blood Moon”