I have a little problem with this edition of Fantastic Foursome. I usually try to include a video of the definitive version of a song, then offer four different renditions that you can listen to and vote on. The only problem with today’s song — “I Concentrate On You” — is that I’m not sure that there is such a thing as a definitive version. But this isn’t the first time that has happened, so let’s see what we can do about it. 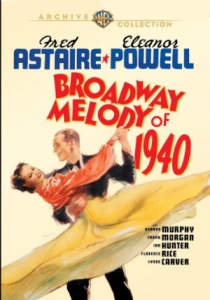 It’s a Cole Porter song that was introduced in the musical film Broadway Melody of 1940, but even though that movie starred Fred Astaire he only danced to the song. The singing was handled by the ill-fated baritone Douglas McPhail (the subject of a future post) but I haven’t been able to find a recording of it, so I decided to go in a whole different direction. The video below is a more modern recording of the song, and it should please the many fans of Johnny Mathis.

In the years since its introduction the song has been recorded by lots of performers, many of them more than once. In some cases the singer went in a completely different direction in later recordings, like Frank Sinatra did with his 1967 version, working with Antonio Carlos Jobim for a Brazilian sound. Other good records include those by ladies like Ella Fitzgerald and Rosie Clooney, instrumentals by Stan Kenton and Oscar Peterson, and smooth traditional crooners like these.

(You can vote for your favorite below the video.)