We haven’t featured a jazz musician for a while and today’s spotlight falls on one of the best, alto saxophonist Sonny Criss. A contemporary of Charlie ‘Bird’ Parker — in fact, he played alongside him in the early years — Criss was an early bloomer musically, but his career reached a sad and abrupt end when he took his own life at just age fifty. 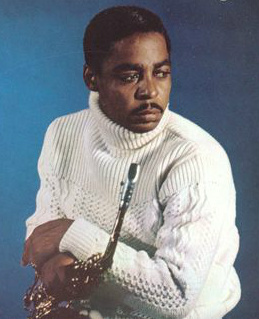 William ‘Sonny’ Criss was a Memphis native who hit the ground running, moving to Los Angeles at age fifteen and working his way into the music business soon after. It was right in the middle of World War II so that might have helped create some openings in bands, but Criss had the talent to make it in any case. He was still in his teens when the war ended and along about then was playing in a band with Parker and other pros, guys who were in the forefront of the bebop movement.

In the late 1940s and on into the 1950s, Criss continued to build momentum by working in outfits led by everybody from Johnny Otis to Stan Kenton, and he eventually spent quite a bit of time in Buddy Rich‘s band. He also occasionally led his own group, and the result of all this activity was that he became one of the most respected jazzmen around, with a high comfort level in bebop, R&B, and modern jazz.

Criss continued to remain active through the 1960s, adding to his impressive recording output while also finding a lot of success in Europe, but by the following decade he was beginning to struggle with ill health. He worked when he could but had to fight the pain of cancer and things went downhill for him. In 1977, less than a month after his fiftieth birthday, he finally picked up a gun and ended his suffering.