One of the longest-lasting professional — and personal — collaborations in music was the one enjoyed by the jazz duo of Jackie & Roy. It began in the late 1940s, when singer Jackie Cain and singer/pianist Roy Kral first met up and began what would be well over a half-century as a couple, along the way becoming one of the most respected musical acts around. 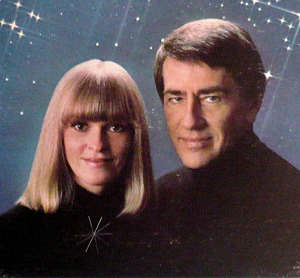 The twosome hailed from the same part of the country — Cain from Milwaukee and Kral from Chicago — but that probably didn’t have a lot to do with them ending up in Charlie Ventura‘s band in the late 1940s. Cain was still in her teens and relatively inexperienced at the time, while Kral was a few years older but also early in his career. (His younger sister Irene Kral would later have a very successful career of her own, although it ended prematurely when she died at age 46.)

It wasn’t long before the canny Ventura was spotlighting the duo as a featured act, not only on stage but also in the recording studio, where they were front and center on some of the band’s best-selling records. Eventually the now-married pair moved on to other opportunities, including hosting a Chicago TV show in the early 1950s, before finally relocating to Las Vegas later in the decade.

After spending a few years entertaining in Vegas, the twosome made what would probably be the most significant move of their lives when they relocated to New York in 1963. It would be their home base for decades to come, as the couple became a familiar and beloved part of the music scene. As the years passed they appeared in a number of venues, while continuing to make records for their many fans. They even found the time to do some TV commercials, continuing to work until Kral’s death in 2002 at age 80. At last report, Jackie Cain is still around and is now in her eighties.