Although it happens even now, the 1950s saw the heyday of the practice of crafting parallel singing and acting careers for young, rising stars. Names like Tab Hunter, Frankie Avalon, and Fabian are still familiar to most of us, but at their height they were enormously popular. The same could be said of another performer who would fit the description — James Darren — and he’s still entertaining his fans. 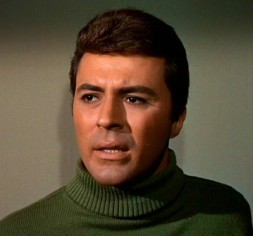 The Philadelphia-born Darren started life as James William Ercolani, yet another Italian/American entertainer from a city that has turned out many. As a young actor he studied with the legendary Stella Adler, who had worked with Marlon Brando, but only found a few minor movie roles until his breakout came with 1959’s Gidget.

Darren would go on to co-star in a couple of sequels, and would also make appearances in some high-profile films like Guns Of Navarone and Diamond Head. Eventually he would also find some success in TV, co-starring in shows like The Time Tunnel and T.J. Hooker, but while all that was going on he was also making records.

Through the years he had a number of solid sellers, and even though music critics have never given him high marks, I can remember one song that certainly reverberated with me. His biggest hit — 1961’s “Goodbye Cruel World” — spoke volumes to teenage boys everywhere.

James Darren has continued to work steadily through the years, not only as an actor but as a director, and he still makes singing appearances from time to time.