he appearance of a new album from Scott Hamilton is not exactly big news to jazz fans. After all, the veteran tenor saxman has a long history of recording success, including appearances on over sixty albums for Concord Jazz alone. But his newest, Across The Tracks, does have some notable differences.

For one thing, he’s joined by Grammy-nominated blues guitarist Duke Robillard, and although he and Hamilton are friends who have helped on each other’s albums before, this is the first time they’ve combined on every track. In addition, Hamilton has brought on board drummer Chuck Riggs, organist Gene Ludwig, and (on two tracks) baritone master Doug James. 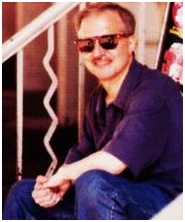 For the final piece of the puzzle, Hamilton chose legendary sound engineer Rudy Van Gelder to bring everything together. All tracks were recorded at his New Jersey studio too.

The result is a solid and somewhat varied mix of tunes, but one that mostly sticks to Hamilton’s forte, which is traditional – almost retro – jazz. Not that there’s anything wrong with that. The group of experienced jazz pros assembled here are very much at home with the music, and the sound reflects their comfort level.

The album opens well, with a very nice and lively take on Sonny Stitt’s “Deuces Wild,” and continues in the same vein with the Duke’s “Cop Out,” (Ellington, not Robillard). Another familiar song from the big band days, “Intermission Riff,” features James’ baritone and is a very nice listen, although much different from Stan Kenton’s classic version.

There’s also room for softer and sweeter sounds, such as the ballad “Save Your Love For Me,” and the gorgeously lush “Sweet Slumber,” which shows off Hamilton’s almost hypnotic tenor tones. Very

nice, and just one of nine tracks that are all enjoyable — leading to a good recommendation for this collection.

Sample track from album: “Something For Red“