OK, I admit that I have a built-in affinity for the older generation in jazz. Not that there’s anything wrong with the newer guys, but show me someone who has lived through a couple of different eras and has more than held his own in many ways, including winning multiple Grammys, and he’s more than likely to be on my radar.

Veteran alto sax master Phil Woods fits that description perfectly, and on this new release from Kind of Blue Records, American Songbook II (following 2006’s American Songbook), he and the rest of his quintet comfortably settle into what they do best. Simply put, that means an album filled with a mix of jazz standards performed in a style that includes some traditional arrangements, but often echoes the bop history of the group’s leader. 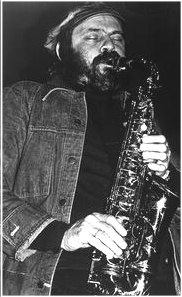 Influenced in the early days by both Charlie Parker and Lennie Tristano (with a touch of Benny Carter), Woods has gone his own way for many years, mostly as the leader of small groups in both Europe and the US. In recent years he’s fronted the Phil Woods Quintet, where he’s joined by BIll Charlap on the piano, trumpeter Brian Lynch, Steve Gilmore on bass and Bill Goodwin on drums. It’s a polished, experienced group and their comfort level with one another is obvious.

One sign of the confidence they have in each other is the playfulness occasionally shown in their solos, such as when Woods slips a little bit of the Beatles’ “Yesterday” into his turn on “Yesterdays”, the old Jerome Kearns song. It might take the listener by surprise, but he knows his cohorts will take it in stride.

The pattern is repeated several times, and not just by Woods. Lynch brings his skillful trumpeting into the fun with a little burst of “Take The A Train” inserted into “Body And Soul”, and pianist Charlap joins in with a bit of “Holiday For Strings” showing up in his solo on “I’ll Take Romance”. There are others, but all are done so smoothly that you almost do a mental double-take and ask yourself, “Did I just hear what I thought I heard?”

But don’t get the impression that the music on this album is all fun and games. Mostly it’s a great mix of old songs with some inventive new arrangements, featuring solid performances from a group of pros who know how to complement each other. Whether it’s Woods showing his swing side on the old Harold Arlen tune, “Come Rain Or Come Shine”, or one of the other soloists, such as the sweet and soulful sound of Lynch’s trumpet on “Bewitched, Bothered and Bewildered”, these guys know what they’re doing and they do it well.

This is good stuff, folks, and highly recommended for any jazz lover.