It always seemed to me that one-hit wonders have gotten a bum rap, with the assumption being made that the musicians were a flash in the pan and their hit song was almost a fluke. However, there’s plenty of evidence to the contrary, and with my strong record as a contrarian I’m always ready to jump in and do my duty by showing the other side.

Circumstances can create a situation where talented musicians get together for a relatively short time and create some great music, including a memorable hit song, then go their separate ways. It happens for a number of reasons, but it happens — and to make the point, I’d ask you to consider Buffalo Springfield and “For What It’s Worth”. 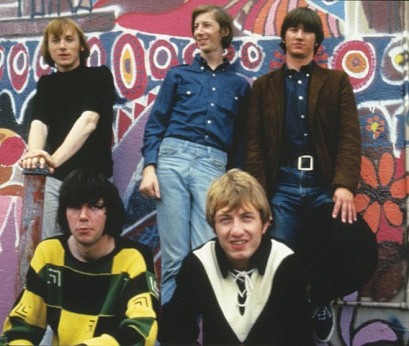 I have to admit that my appreciation for this song came about long after its heyday. After all, when it first became popular in the late 1960’s, I was a young, conservative family man and if I paid it any attention at all, I probably just dismissed it as one of those “damn hippie” songs.

Of course, I changed – as we all do – and eventually I found myself listening more closely to the song. I was intrigued by its unusual sound and rhythms, and began to gain some measure of understanding of the lyrics. However, I still didn’t really come to full appreciation until I saw Forrest Gump. Forgive the clumsy comparison, but like the hero of that movie, I had my eyes opened to some things, and the song was my reminder of that occurrence.

Buffalo Springfield was a folk-rock group that was active for only a couple of years, but it was nevertheless very influential, and its members all went on to separate careers — albeit with varying degrees of success. Stephen Stills and Neil Young were probably the biggest names to come from the group, but other founding members – Richie Furay, Bruce Palmer, and Dewey Martin – were serious contributors to the group’s success and have done pretty well since.

As happens with so many musical groups, internal disagreements and external pressures caused endless turmoil. Bruised egos became the order of the day, and changing lineups didn’t help much, so eventually Buffalo Springfield was no more. However, their body of music – which includes a number of good tunes but one really memorable one – remains behind to remind us how special they were.