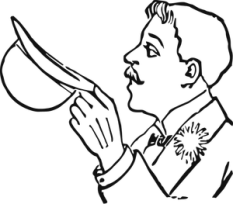 ng, The Rolling Stones, and John Williams — whew — all have in common?

The answer is that at one time or another they’ve all collaborated with the legendary Chieftains, the  leading light in traditional Irish music for more than a half-century. That’s definitely worthy of a tip of the hat.

The guys in the iconic ensemble that’s often described as ‘Ireland’s musical ambassadors’ create their distinctive sound using everything from tin whistles to fiddles to flutes, along with accordions, harps and the flat Irish frame drum known as the bodhrán. But much of the music is centered around uilleann pipes — Irish bagpipes. (It’s not the first time bagpipes have appeared on the GMC, although the previous instance involved the traditional Scottish variety and they weren’t particularly welcome at the time of the event described.) 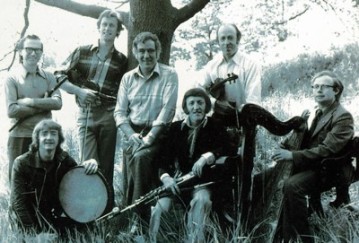 The Chieftains began life in Dublin in the early 1960s as an offshoot of Ceoltóirí Chualann (Musicians of Chualann), a regional music group. Paddy Moloney, Sean Potts, Michael Tubridy, Martin Fay and David Fallon formed the basis of the new band that they christened the Chieftains after a cherished Irish book. It grew from there and was a labor of love for the guys, who didn’t even turn semi-professional until a few years had passed. By the 1970s their popularity had grown in leaps and bounds worthy of a spry leprechaun, and as the decade progressed the band’s fame also rose internationally, leading to collaborations with just about every musical star around. You can see a couple of examples in the videos at the bottom, but first let’s take a short break so you can sample this video and get a better idea about the sound of the Chieftains.

As the years passed the members of the Chieftains didn’t just rest on their considerable laurels. They continued to explore ways to celebrate their interpretation of the music of Ireland, and they weren’t 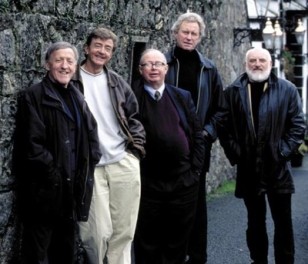 afraid to branch out into other areas. For example, they performed on the Oscar-winning soundtrack of Stanley Kubrick’s film Barry Lyndon in 1975, and that led to extensive contributions to dozens of other movie and TV soundtracks — as both performers and composers. They have also explored the music of other cultures, while continuing to work with a wide assortment of musical stars on special shows. In recognition, the band has won six Grammys and been given countless other honors, such as a Lifetime Achievement award from BBC Radio 2. 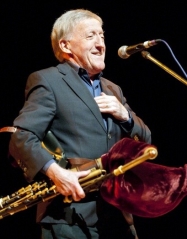 Even in the early years there were some inevitable changes in personnel and that has continued to the present, with the size of the band varying from time to time and in different mileaus, but one of the founding members continues to be front and center even now. In fact, you could almost say Paddy Moloney — age 79 — is the heart and soul of the Chieftains, whether he’s wielding his uilleann pipes or any of several other instruments he plays, including the button accordion, the tin whistle and yes, he’s been known to even tackle the bodhrán. (You remember what that is from a few paragraphs ago, right?) And even though I’m sure Paddy has many more years ahead of him, I think the Chieftains are going to be around even longer.

One thought on “A Tip Of The Hat To The Chieftains”