Over the course of Ronnie Dove’s long career, which began well over a half-century ago, the talented singer has been a little hard to classify. In his later years he’s often been called a country crooner, but he was also an important part of the early days of pop music. And even though he officially retired a year or two ago, you might find him occasionally entertaining his fans even now. 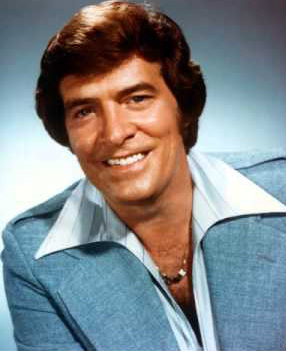 Although he’s long been considered a favorite son of Baltimore, Ronnie Dove was actually born in nearby Herndon, Virginia, where he began singing while still in high school. But it was in Baltimore (after a stint in the Coast Guard) that he first began finding some professional success, building his experience in local clubs in the late 1950s while backed by a group he called the Belltones.

In 1959 Dove and his guys managed to cut a record — “Lover Boy” — but the results were underwhelming, and the same held true for a few others they made over the next couple of years. Finally Dove made a fateful decision. He moved to Nashville and began pursuing a solo career with a singing style that he hoped would appeal to a mainstream audience. It turned out to be a good idea because he broke into the charts with “Say You” in 1964, and within a year or two more was regularly placing a slew of records in the Top Ten.

Among his biggest hits were songs like “A Little Bit Of Heaven,” “I’ll Make All Your Dreams Come True,” and “When Liking Turns To Loving,” all helping him become one of the most popular performers around during the 1960s. He also made TV appearances with the likes of Dick Clark and Ed Sullivan, but by the following decade things slowed a little and he turned more to a country sound. In the decades since, Dove has stayed busy entertaining his fans and making records from time to time. He will be 80 in September.

3 thoughts on “Baltimore’s Own Ronnie Dove”