I have to confess that I haven’t been particularly eager to add a new Special Feature to the ol’ GMC, especially if I didn’t see a way to bring something different on board. But then I woke up today with an earworm, and along with it came inspiration — it was a natural subject for a new Special Feature. 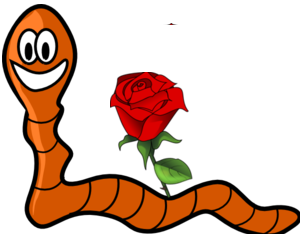 An earworm, for those who don’t know, is a song (or a piece of one) that seems to get stuck in your head and just won’t go away. It can be a good song but it’s often one that isn’t particularly noteworthy, except for its ability to burrow its way in and stay there.

Of course, I’m not trying to claim credit for this idea. Earworms have been talked about for years — in fact, there are blogs dedicated to them. But they still seem like a good subject for a new Special Feature on the GMC, and so I won’t run short of ideas for new posts maybe some of you will tell me about your earworms. (I already have a couple of candidates from your comments on earlier posts. I’ve also found two previous posts that are about my own earworms, so have added them to the Earworms link in the left column.)

But back to today’s earworm, a piece with the deceptively simple title of ‘Rose.” It’s a song that’s actually pretty obscure these days and I don’t think it was ever a big hit. It was written a half-century ago by poet/songwriter/singer Rod McKuen, and is probably best-known as performed by Glenn Yarbrough. But even though most of the song is a little fuzzy for me, the chorus is what I hear endlessly in my head.

‘That’s okay, Rose would say. Don’t you worry none. We’ll have good times bye and bye, next Fall when the work’s all done.’