Although Bob Hope has been gone for a decade now (he was 100 when he died in 2003) he is still well-remembered, and most of us might also recall his signature song, “Thanks For The Memory.” But what you might not know is that his breakout moment occurred when the then little-known comic actor performed the Oscar-winning song with Shirley Ross in the film, The Big Broadcast Of 1938. 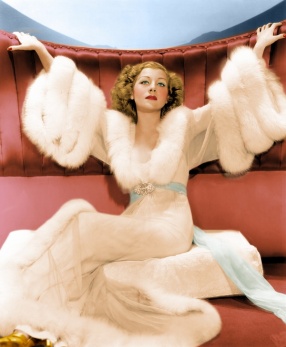 Shirley Ross (birth name Bernice Gaunt) was an Omaha native who first began to show up in the early 1930s as a singer for bandleader Gus Arnheim. It wasn’t long before she was also finding small parts in movies, where she spent several years building up to featured roles, eventually becoming a solid part of the cast of several. She also specialized in singing duets in her movies, matching up with guys like Bing Crosby and Frank Forrest.

Her path to appearing with Bob Hope began when she got a part in an earlier film, The Big Broadcast Of 1937, one of a series of similar movies that showcased many of the era’s stars. When the 1938 edition came along, she was well-positioned to again have a role, this time playing one of Bob Hope’s three ex-wives. Hope was not a big star at the time, but the scene that featured the twosome singing “Thanks For The Memory” was so memorable that producers quickly generated a follow-up movie with the song’s title, and it in turn featured another well-regarded duet on Hoagy Carmichael’s “Two Sleepy People.”

Of course, Bob Hope went on to super-stardom but Shirley Ross never reached those dizzying heights. She did continue to make a number of movies in the following years, but pretty much retired from the business during the post-war years. It’s been said that she had occasional offers to return but seemed content with the life she’d chosen. When she died in 1975 she was in her mid to late sixties (reports of her date of birth vary).