I’ve always been intrigued by performers who managed to extend their careers by transitioning from one kind of music to another. Some those who succeeded are more remembered than others, but many long-time music fans might recall Sue Thompson, who rose to fame as an early 1960s pop star but later returned to her country music roots. 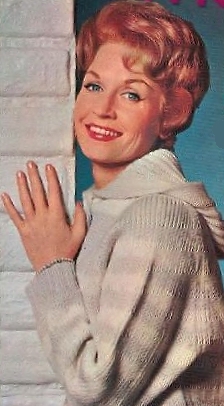 Thompson, who was born in rural Missouri as Eva Sue McKee, might have seemed an unusual candidate for teen idol territory. After all, By then she was in her thirties and married to her third husband, singer Hank Penny. And she was already a music veteran, having also performed alongside her second husband, bandleader/singer Dude Martin. But her little-girl voice proved to be the perfect vehicle for the music of the era, and she soon scored hits with songs like “Sad Movies (Make Me Cry)” (clip) and “Norman.”

She would continue to make records for the teen market for a few years, with 1964’s “Paper Tiger” charting especially well although still falling short of her previous hits. By the end of the decade, Thompson found herself headed back to the country music side of things.

In the 1970s, Thompson’s duets with country music star Don Gibson kept her career going strong, and she continued to sell a lot of records. Eventually she moved to Las Vegas where she often appeared in local clubs, and at last report, the entertainer — now in her eighties — was still active, and even has her own website.

4 thoughts on “The Voice Of Sue Thompson”