Virtuoso is a word that’s often used to describe a skilled musician, and I’m probably as guilty as anyone of using it a little too casually. However, this is not one of those times. Veteran jazz pianist Roger Kellaway is a virtuoso by anyone’s standards, and his newest release, Roger Kellaway – Live At The Jazz Standard, provides plenty of evidence of that simple fact.

The 2-CD album was recorded during a four-night stretch at The Jazz Standard, one of New York’s leading jazz spots, and features Kellaway’s piano backed by an group that’s a little unconventional in its makeup. Present on most of the tracks are guitarist Russell Malone, bassist Jay Leonhardt, and Stefon Harris on vibes. That’s normal enough, but the group is purposely drummerless — and includes Borislav Strulev on cello. 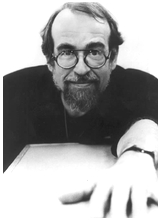 It’s an interesting twist on a ‘normal’ jazz group, but is really only a side issue to what is a fine collection of jazz pieces. The two discs contain 13 tracks, totaling about two hours of solid, mostly traditional jazz, with a number of familiar standards. (There is also a bonus disc included — a sampler of other IPO albums, featuring music by Eddie Daniels, Thad Jones, and others.)

Among the best are “Cottontail,” which not only gives Kellaway the opportunity to pay tribute to the Duke, but also showcases Harris on vibes along with Malone’s intricate guitar play. The ten-minute “C-Jam Blues” is another classic that here allows the musicians the time to explore and improvise, resulting in one of the best versions I’ve heard. In a softer and sweeter mood is “Someday My Prince Will Come,” which adds some nice deep register Strulev cello solos. Kellaway’s own composition, “All My Life,” begins with more of the same, eventually adding guitar and piano as support for the introspective cello sounds.

Disc two has some good listens too, including “Cherry,” a piece that builds a fire stoked by Malone’s guitar, and an unusual choice, “Tumbling Tumbleweeds.” That’s right, the old cowboy song. But this isn’t the Sons Of The Pioneers doing their thing — it’s a group of talented and seasoned jazz pros having a good time doing something different with a familiar song, and it was my favorite on the album.

An outstanding two-CD collection of traditional jazz, performed by at least one genuine virtuoso — and the other guys are pretty good too. Highly recommended.